AeroPressing with Metropolis at the Aeropress Championship

On Saturday, June 24, 18 competitors from as far away as Kentucky came out to press their way to the top in the US Midwest Regional AeroPress Championship at the Metropolis roasting facility in Chicago. Competitors stirred, flipped, plunged and brewed their competition coffee (Ethiopia Worka Sakaro from Metropolis), all using the Aerobie AeroPress as their brewer. 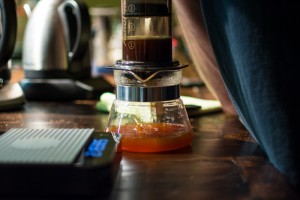 Invented by the toy inventor Alan Adler (inventor of Aerobie’s Flying Ring), the AeroPress has developed a large cult following by specialty coffee enthusiasts because of its uniqueness and variability. AeroPress competitions have been happening all across the world since its inception in 2008 at Tim Windelboe’s roastery in Oslo, Norway, and competitions are now organized in a worldwide circuit of competitions. 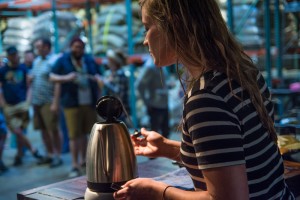 Competitors felt the pressure as they took to the stage at Metropolis’s beautiful roasting facility, each hoping to brew the cup that impressed the most. Cold brewed coffee poured throughout the night for spectators, featuring Japanese-style cold brewing from Metropolis and nitro-infused, flash brewed coffee from Ipsento. As competitors finished their concoctions, judges cupped their brews and pointed to their favorite cups. 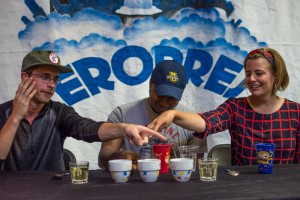 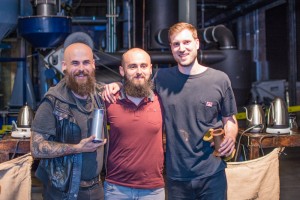 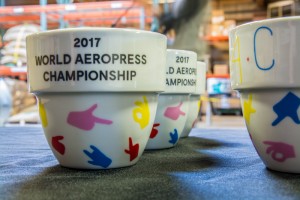 Check out the pictures below for more coverage of the night! All photos by Nate Cameron. 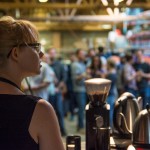 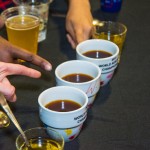 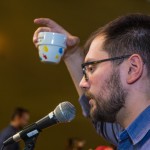 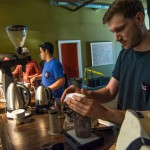 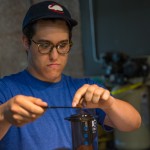 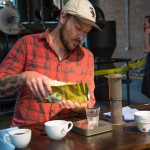 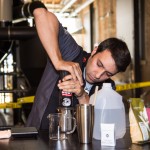 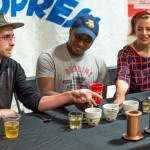 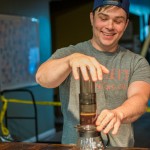 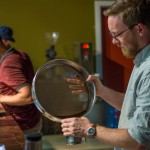 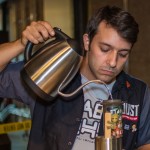 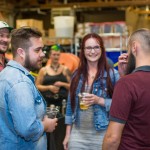 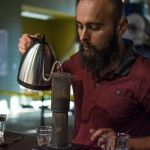 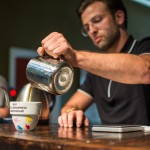 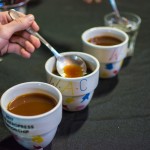 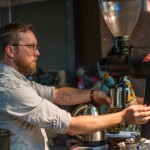 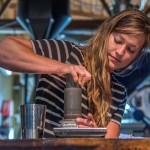